Conférence with HKBU
En attendant Macron... (Waiting for Macron) A déjà vu of futility like Waiting for Godot?

The 2022 French presidential election is set for April 10 and 24. France faces an unusual presidential election: no left-wing contender has emerged, whereas the campaign of the conservative right has stalled, and the far-right is tearing itself apart; the electorate is so disenchanted that abstention could be high. Will France give Emmanuel Macron five more years? (English programme)

Alistair Cole is Head of the Department of Government and International Studies at Hong Kong Baptist University. He obtained a 1st in Government and History from the LSE (1980, awarded the Bassett Prize for Political Science) and a D. Phil from Balliol College, Oxford (1986, funded by a BA grant). He held positions in Oxford, Caen, Aston, Keele and Bradford before being named as Professor of European Politics at Cardiff University, Wales- UK in 1999. From 2015-2019, Alistair Cole was Professor of Political Science at the Institute of Political Studies, Lyon, France. He has published extensively, mainly in the field of French, British, and European politics. His publications are widely cited (with an H Index of 32 according to Google Scholar). His latest book – Analysing the Trust-Transparency nexus: multi-level governance in the UK, France and Germany - (with Ian Stafford and Dominic Heinz) – will be published by Policy Press on March 21st 2022. 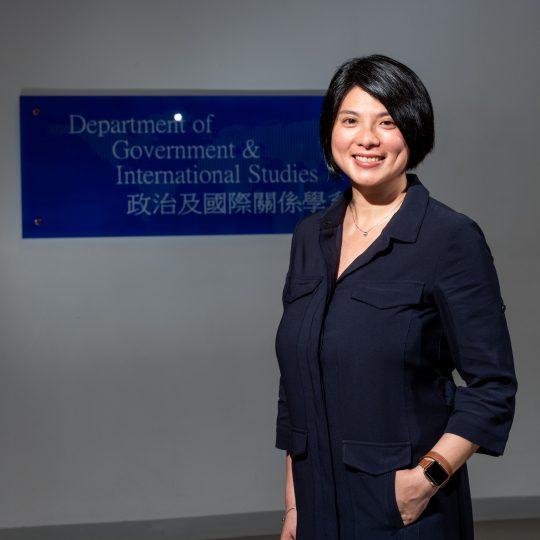 Born in Cambodia from Chinese (Teochew) descent, she became a French national, having grown up and been educated in France. She has been living in Greater China since 2000 (Shanghai, Macao, Hong Kong). Prior to joining the Hong Kong Baptist University in 2016, she had worked at the University of Macau, Hong Kong University of Science and Technology and the University of Saint Joseph. Along with her academic occupation, she is now serving her second term (2018-2021 & 2021-2026) as an elected official for the French living abroad (Conseiller des Français de l’étranger).